Syrita started Operation Restoration in 2016 to eradicate the roadblocks she faced when returning to society after incarceration. Syrita serves as the Executive Director and is responsible for overseeing the administration, programs, and strategic plan of the organization. She created Operation Restoration because of her experience with the legal system. At the age of 19, Syrita was sentenced to 120 months in federal prison. After serving nearly 10 years in prison, she was released into a community vastly different than the one she left. Other formerly incarcerated women helped her to re-adjust to the world she had left behind.

She is also the founder and Executive Director of Opportunity 2 Restore, an advocacy organization founded in 2019  with the mission of positioning formerly incarcerated women to lead policy changes in the legal system. In 2019, Syrita created Pink Fable & Co. a for-profit entity that provides meaningful employment opportunities and training to formerly incarcerated women contracting with production companies to facilitate waste removal and recycling and donating reusable items to non-profit organizations and people in need in Southeastern Louisiana.

Syrita’s commitment to removing barriers and expanding opportunities for formerly incarcerated women is fueled by her experiences after release. Despite her academic accomplishments while incarcerated, Syrita was initially denied admission at the University of New Orleans due to the criminal history question. Two years later she reapplied and unchecked the box and was granted admission. Syrita went on to earn her B.S. from Louisiana State University’s Health Sciences Center in New Orleans and is a nationally certified and licensed Clinical Laboratory Scientist. In 2017, Syrita along with partners wrote, advocated, and successfully passed Louisiana Act 276 which prohibits public post-secondary institutions in Louisiana from asking questions relating to criminal history for purposes of admissions, making Louisiana the first state to pass this type of legislation.

Syrita’s recent accomplishments include being the co-chair for the healthy families committee for New Orleans Mayor Cantrell’s transition team in 2018. She was also a panelist on the Empowerment stage at Essence Festival in 2018 and 2019.  Syrita was a policy consultant for Cut50’s Dignity for Incarcerated Women campaign and worked tirelessly on the passage of the First Step Act that passed in late 2018. She was appointed by the Governor to the Louisiana Justice Reinvestment oversight council and served as the Vice-chair for the Louisiana Task Force on Women’s Incarceration. She also helped create and was featured in the Newcomb Art Museum’s Per(Sister) exhibit which shared the stories of currently and formerly incarcerated women. She is a 2020 Rubinger Fellow; and a member of the second cohort of Unlock Futures (a collaboration between John Legend, Bank of America, and New Profit), and a 2020 Blue Cross Blue Shield Blue Angel Awardee. In January 2021, Syrita received a full presidential pardon. She regularly speaks at conferences and facilitates conversations across the nation about the experiences of incarcerated women and the importance of true economic equity and what racial equity truly means. 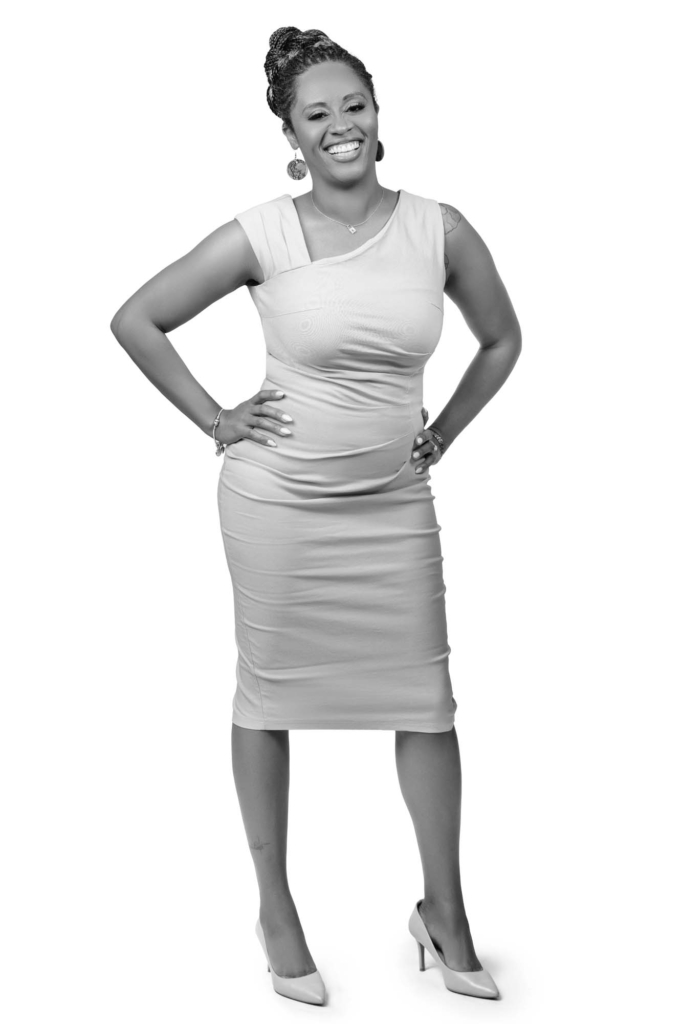