YLC Announces the 2020 Board of Directors

These twenty-four young leaders will support YLC's mission in the new year and the tone for a new decade of civic engagement and leadership. 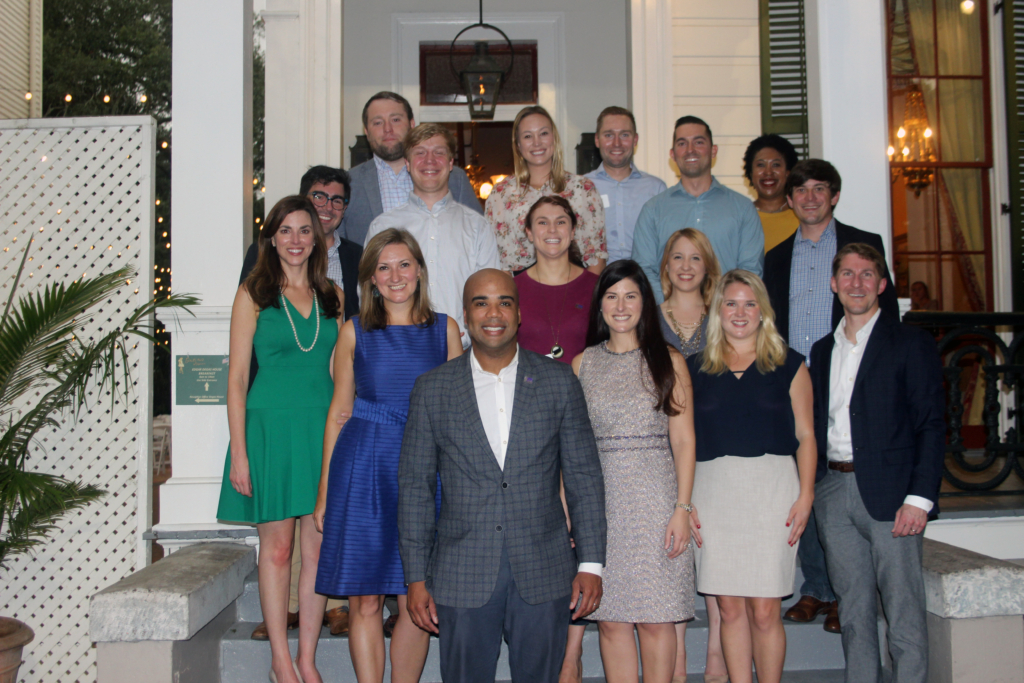 NEW ORLEANS, LA (October 14, 2019) – At their Annual Meeting held on October 10, 2019 at Degas House, members of the Young Leadership Council (YLC) formally voted to approve the proposed slate of 2020 YLC Board Candidates. YLC is proud to announce the 24 individuals who will serve as the 2020 YLC Board of Directors. These Board Members will work together to support YLC’s mission of developing young professional leadership through community projects.

The 2020 Executive Committee will be led by President Kevin Ferguson of the New Orleans Saints and Pelicans. Aimee McCarron of Prudential Advisors will serve as Past President and Chair of the Nominations Committee, with Yelena McCloskey of IBERIABANK serving as President-Elect.

“I am grateful to have the honor of serving as President of the YLC Board in 2020,” said Ferguson. “Even more so, I’m looking forward to working with our staff, volunteers, leadership, and alumni to continue our mission of developing leaders through community service. For over 30 years, YLC has been leaving its mark on New Orleans, and I am excited to continue building on that legacy.”

Three committee chairs will return to the Executive Committee for a second year: Danielle Martin of the St. Bernard Economic Development Foundation will return as VP of Communications and Andrew Koehler from Intralox will continue to serve as VP of Membership. Graham Williams from Adams & Reese will continue as Secretary and General Counsel of the Board of Directors.

YLC welcomes four new board members in 2020. These individuals have contributed hundreds of volunteer hours during their tenure as Project Leaders and volunteers. Joining the board is Cory Cheramie of RE/MAX Generations, who previously served as a Project Leader for YLC Assists. Cassie Carreras of Hancock Whitney joins the YLC Executive Committee as the Treasurer after serving on the Finance Committee. Kristie Kaaa from Lucid, who provides a Corporate Membership for their young professional staff, transitions from Project Leader of the Leadership Development Series to serving on the Board. New to the organization and the Board of Directors, YLC welcomes Nancia Sterling of New Schools for New Orleans.

“YLC board nominations continue to attract a talented and diverse group of young leaders from across the Greater New Orleans region. It’s an exciting reminder of the role YLC plays in leadership development and community service,” says Aimee McCarron, YLC’s 2020 Past President and Nominations Committee Chair. “Selecting our board was a challenge, but we have assembled a passionate group whose experiences, backgrounds, and expertise are as varied as the city they represent. I’m excited to see the impact they have on YLC and New Orleans in the coming year!”

Transitioning off the Board of Directors in 2020 are Bryanna C. Frazier of Coats Rose, Samantha Hawkins of Ochsner Health System, and Sean Landry of Litify. The entire YLC organization wishes to thank them for the mark they have left on YLC during their tenure, guidance that has ensured their colleagues’ success in the future. YLC’s 2020